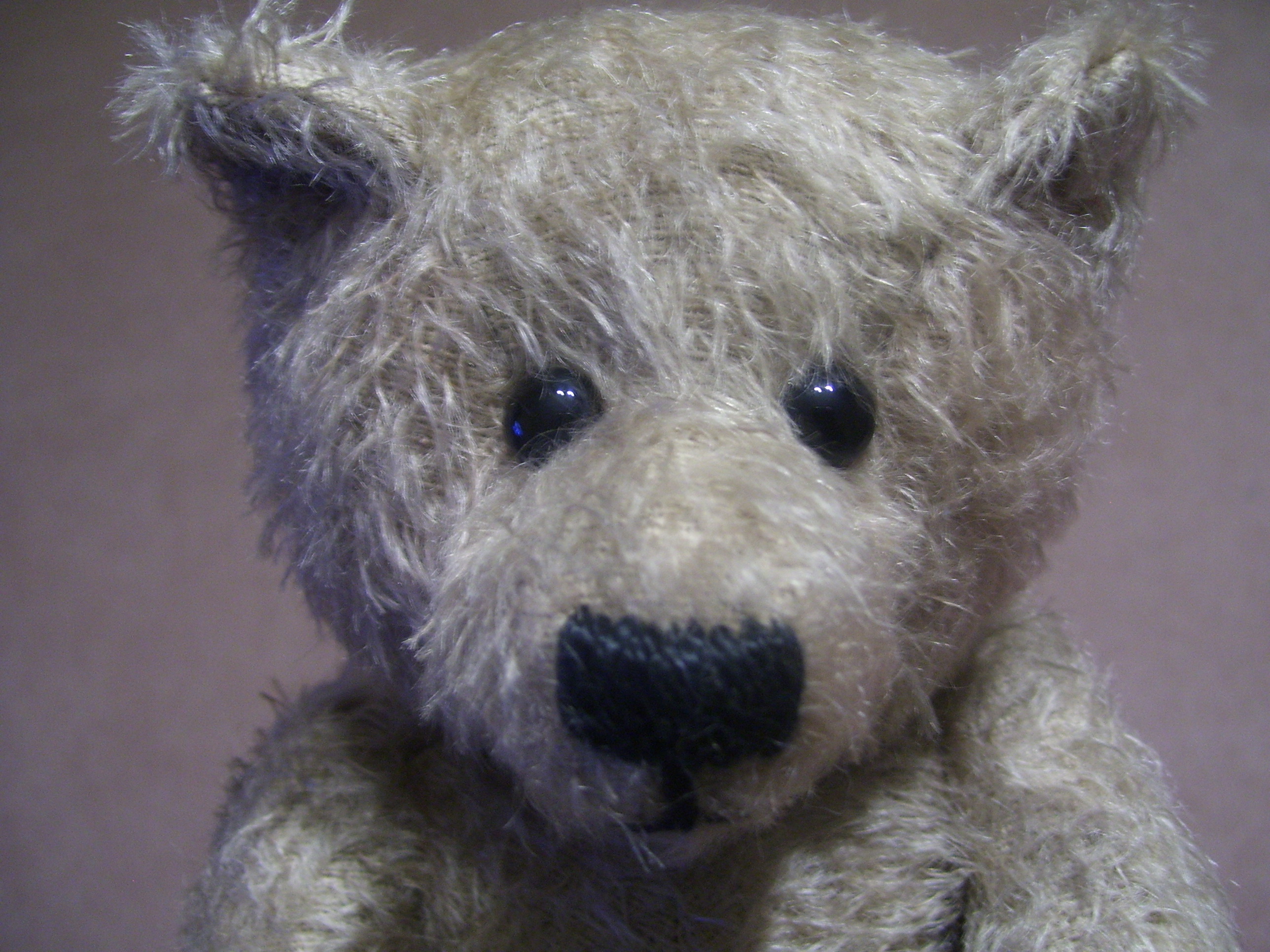 How To Know When Teddy Is Faking It!

Collecting old teddies has become a very popular hobby or investment. As prices for the rarer bears has increased, so then has the number of fake bears on the market. These teddies are made to look “old”, with the characteristics of body shape and style of antique bears, with added dirt, “worn” areas or fabricated “provenance”.

These bears are then deceptively promoted as being “old”, and therefore far more valuable. Teddy might be pretending to be old before his time!

Also, vintage bears that are damaged in some way or have other flaws may have these deliberately hidden, and so may not be what they appear to be.

Reproductions are, however, created by many bear artists, which are recreations of earlier styles. These bears are a quality collectable for their look, and are not misrepresented as antique.

HOW TO RECOGNISE A FAKE

Not all teddies are as sweet as they seem!

The more you know, the better you are able to spot a fake. Sometimes stall holders or auction houses genuinely believe their fake bears are the real thing so it helps to know as much as you can. Read books, attend collectors’ fairs, visit antique shops-handle the bears, feel the fur, squeeze the limbs, even smell them! Experience with the old teddies helps to guard against paying high sums for a furry fraud.

Common areas to watch for are:

The  more an old bear is worth, the more it is likely to be copied and faked. Those from particular manufacturers are more valuable than others. Early Steiff teddy bears have reached six figure sums at auction. Limbs on the fake bears are made long, but not the correct shape. Pads may be made of leather, though Steiff didn’t use it. They tend to have boot button eyes and a long shaved snout. Areas of fur are filed away and dirt added to appear “worn”, but invariably not in the way that a century of life would have done to a bear.

The fabric used in fakes is often cotton velour and not mohair, and is distressed in areas to “age” it. The “dirt” added is not dust, as would accumulate on an old bear, but is grease-based, so as to stick to it.

Occasionally modern replicas made by the defrauded firm themselves, are distressed to create the appearance of age. The fur is dirtied and new labels removed. Artificial wear is created under the arms and between the legs. The texture and feel of the fur is not that of an antique bear, and is where having handled old bears becomes important.

Often, paw pads have been replaced, as the felt they were made from did not wear well. Check for stitches around the outside of the pads, and fabrics that do not match the age of the bear.

Old knitted “home-made” clothes may have been added to give teddy that “been in the family for years” look! Sometimes the old clothes and other accessories such as lace, hats or jewellery are used to hide or detract from damage to an old bear, or to make it seem older.

Damaged bears are often repaired and sometimes not very sympathetically! Features to check include if the eyes are the correct type for the age of the bear, or if the nose has been replaced. The nose shape can often identify a bear as many makers used distinctive shapes.

Does the teddy bear have a crunchy feel, to indicate he is stuffed with wood wool, as the earliest bears were? After WW2, kapok was also used. Other forms of stuffing were not in general use early on, and could indicate if a bear is a fake.

Over-stuffing may also be an indication of fraud.

Admiring the time and effort you put into your blog and detailed information you offer! I will bookmark your blog and have my children check up here often. Thumbs up!

I love your website! did you create this yourself or did you outsource it? Im looking for a blog design thats similar so thats the only reason I’m asking. Either way keep up the nice work I was impressed 🙂

I found your website very helpful when looking for inforation on teddy bears and hope you can give me some intidation of the age of mine and if it has any value.